A few minutes ago, it was confirmed by the Ministry of Health that Ghana’s toll for the deadly coronavirus has now hit 68 with the country recording another death.

According to the information we gathered, Ghana has recorded another death at the 37 Military Hospital, Accra with the deceased being the wife of a two-star general.

According to a report by JoyNews, her husband who has also contracted coronavirus is in a critical condition and the report also stated that both of them have not traveled abroad.

They, however, suspect that they may have contracted the virus when they received a parcel from the United Kingdom from a courier company recently during the coronavirus outbreak.

Health authorities now are now tracing the person who delivered the parcel as well as other people who have been in contact with the two after they received the parcel. 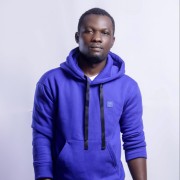