Father of the late Ebony Reigns, Starboy Kwarteng has articulated that no one should ever compare him to Bullet as a record label manager.

Talking in an exclusive phone call interview with DJ Adviser on the Ayekoo After-Drive show about his record label which he seems to be having a hard time sustaining, he confessed that in all honesty, he has not been successful with the record label, but that is because he has not really had much experience in that field.

Questioned by DJ Adviser whether he would find it right if someone describes him as a failure for not being able to sustain a record label after two (2) years of Ebony’s death, he replied, ‘’How long ago? I won’t accept that in any situation’’.

The host, justifying his question considering that Bullet was able to bring Ebony out within a year, had Mr. Kwarteng fuming, ‘’I wish you never bring in Bullet. Don’t compare me to Bullet. Bullet was once a musician and he’s been in there before. I am a business person who is only trying to industrialize my daughter in a way because she was into music, so basically I am only trying my best as it were to push my girl so don’t compare the two’’.

He furthered that Nana Hemaa brought Bullet into the limelight and Bullet from his experience as a musician, knows where he got to and where Nana Hemaa raised him to. However, if he had that experience in that field, he would have been successful by now.

Never Try To Talk Or Sound Like Ebony – Bullet 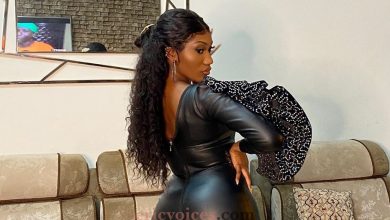 I Can Never Compare Myself To Ebony – Wendy Shay Reveals “Ebony introduced me to Bullet; she is the reason i am here today”- Fantana