Despite John Dramani Mahama announcing Professor Jane Naana Opoku Agyemang as his running mate for the 2020 general elections, a video has surfaced of Reverend Owusu Bempah prophesying that whoever is selected as Mahama’s running mate is likely to die after the election.

Read:Lifting the lockdown is a big mistake – Mahama

Professor Jane Naana Opoku Agyemang was yesterday chosen by the NDC and John Dramani Mahama as the running mate for the upcoming December 2020 general elections.

In the said video which was recorded on the 31st of December 2019 sees the prophet said whoever becomes the running mate of John Mahama will die after the 2020 election.

“If we select someone to be the Vice for Mahama, that person has to be very careful. If the person plays after elections, he/she will die mysteriously. I don’t hate NDC but you were all here when God told me to tell late Paa Kwesi Amissah-Arthur that he should go see pastors for prayers else he’ll not see the 10th month of the year and you all see what became of him”. 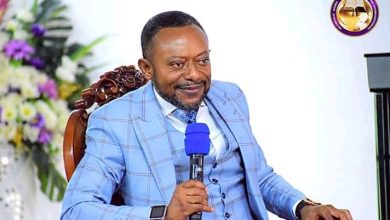