The head pastor for Glorious Word and Power Ministries, Prophet Owusu Bempah during one of his church service shared the story of how an attempt had been made on his life. During his sermon he narrated how shots were fired at him and by some miracle the bullets missed their mark, he indicated that during the incident he was listening to the cover of “Things Fall Apart” done by the new vocal goddess NaaNa Blu’s.

According to the popular pastor, while he was enjoying the song bullets were flying in the air all around him.

His church members were amazed and could be heard cheering him on with some remarking how abreast he is with the times when he mentioned NaaNa Blu.

Prophet Owusu-Bempah isn’t the only Man of God to cite the song in church, a lot of pastors have and continue to use the song as a backup to their sermons, one such example is the Founder and flagbearer of the Ghana Union Movement (GUM) political party Rev. Christian Kwabena Andrews, popularly known as Osofo Kyiri Abosom who was seen using the content of the song to preach to his congregation.

NaaNa Blu has recently released a series of music videos which are currently trending and receiving positive reviews, it’s probably one of them the Prophet was watching during the assasination attempt of his life. 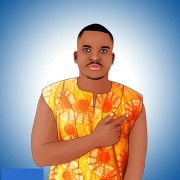 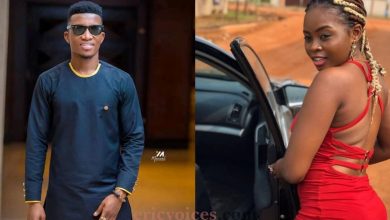 Kofi Kinaata is Ready To Feature On NaaNa Blu’s Song